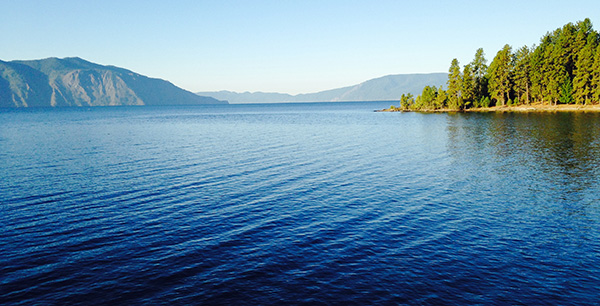 Dad made his passage to the next life at 1:18 am this morning, with Mom, Katy & Jeff & I present. It was a peaceful, awe-inspiring time. His breaths became shorter and less pronounced, in the way that the lapping waves on the shore — after the wake of a passing ship — become less pronounced and then fade entirely. His ship is now creating a wake in other waters.

Related posts:
learning to fear the right things
remembering Pops
on the passage through life
in gratitude for my Dad
the upset of Easter, and the last things 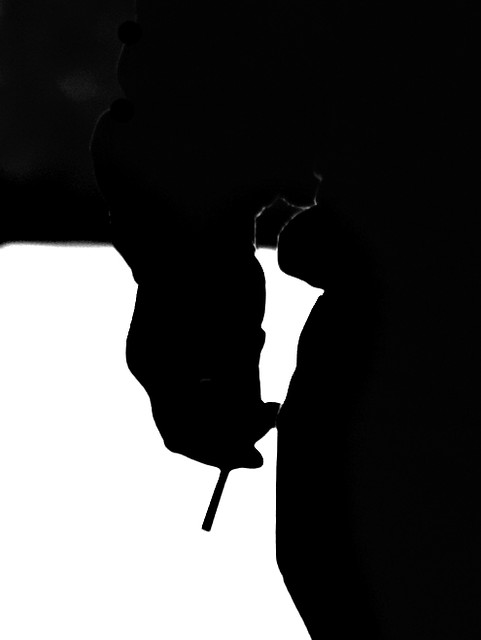 I wrote this poem as part of my senior thesis in 1992, shortly after reading Young Goodman Brown by Nathaniel Hawthorne.

It was an exploration of Puritanism as it manifests itself in modern life… which was on my brain because of a paper I had written for the course American Literature to 1865. The instructor mentioned in one lecture about the perennial legacy of Puritanism (and, on the other extreme, hedonism) in American life.

See also: a post I wrote back in 2008 on the RCIA Hollywood blog.

Striking a match,
he lit up,
then gave a light to Steve and Dan.
Between puffs, Steve turned on the stereo.

The only lamp was in the corner,
but still I could see the smoke,
rising between my face and theirs.
They drew regularly,
even Dan —
especially Dan,
on the couch,
with his toes gripping the edge
of the coffee table.
I emptied my glass of water
and excused myself to get another,
while the music pounded the glories of rebellion,
chaos, libido, anger —

I returned.
Steve, on the floor,
relaxed as ever, leaned back against the wall,
crossed his legs,
and bowed his head slightly to draw.

They talked about the music,
I think.
I couldn’t hear too well —
I wasn’t really listening.
I was watching the faces,
glassy-eyed,
complacent, smiling,
with lips drawn to cigarettes;
faces for the first time grey in my mind
and the smoke has left them grey —

What childishness to see them any other way…
why should they be less grey than I?
An inner voice cries:
Goodman Brown, go home.
Go home, young Goodman Brown.
Purify yourself
of your puritan mind.

Those grey faces
grey mouths
drawing on their cigarettes and smiling —
I know them as my own.
And I love them still
I love them sorely
and perhaps that is
the only way to love them truly. 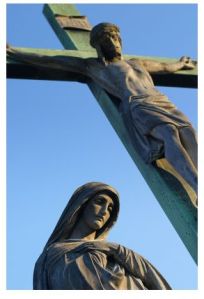 On the feast of Our Lady of Sorrows (September 15):

A garden dark and darker hearts
bring agony this day;
From Sunday palms to Friday whips
the passions wave astray;
He bears the tree with broken heart
upon the stony way.

With body raised, He hangs in pain
And very few will stay
To watch the life escape Him now
Instead they run away.

But someone stands beneath the Cross
to keep despair at bay
And Christ can smile before He dies:
He hears His mother pray.

As we commemorate the 19th anniversary of the September 11 attacks, I think again of the reflection Pope Saint John Paul II wrote shortly afterward on the occasion of the World Day of Peace. It was one of the very first things I posted after launching my website, doxaweb.com, in 2001.

It seems apropos today, both in this context and in the context of the current scandals in the Church.

Forgiveness is in no way opposed to justice, as if to forgive meant to overlook the need to right the wrong done. It is rather the fullness of justice, leading to that tranquility of order which is much more than a fragile and temporary cessation of hostilities, involving as it does the deepest healing of the wounds which fester in human hearts. Justice and forgiveness are both essential to such healing….

No peace without justice, no justice without forgiveness: I shall not tire of repeating this warning to those who, for one reason or another, nourish feelings of hatred, a desire for revenge or the will to destroy.

On this World Day of Peace, may a more intense prayer rise from the hearts of all believers for the victims of terrorism, for their families so tragically stricken, for all the peoples who continue to be hurt and convulsed by terrorism and war. May the light of our prayer extend even to those who gravely offend God and man by these pitiless acts, that they may look into their hearts, see the evil of what they do, abandon all violent intentions, and seek forgiveness. In these troubled times, may the whole human family find true and lasting peace, born of the marriage of justice and mercy!

The toasted sand between my toes
the tepid tide that ebbs and flows
and lukewarm wind that gently blows
induce a peaceful slumber.

It doesn’t last and in a wink
a crisper breeze makes my heart sink
as I awake and sadly think:
tomorrow is September.