I’ve just released a podcast episode with a friend of mine, Kale Zelden, in which we have a conversation about a broad range of topics: the self-conscious church; distinctive garb and priestly identity; the church as an expert in humanity; the naked public square and moral unbelievers; self-exploitation, social media and grifters; the institutional and the charismatic; the long wait for renewal; and Catholic identity and liturgy. 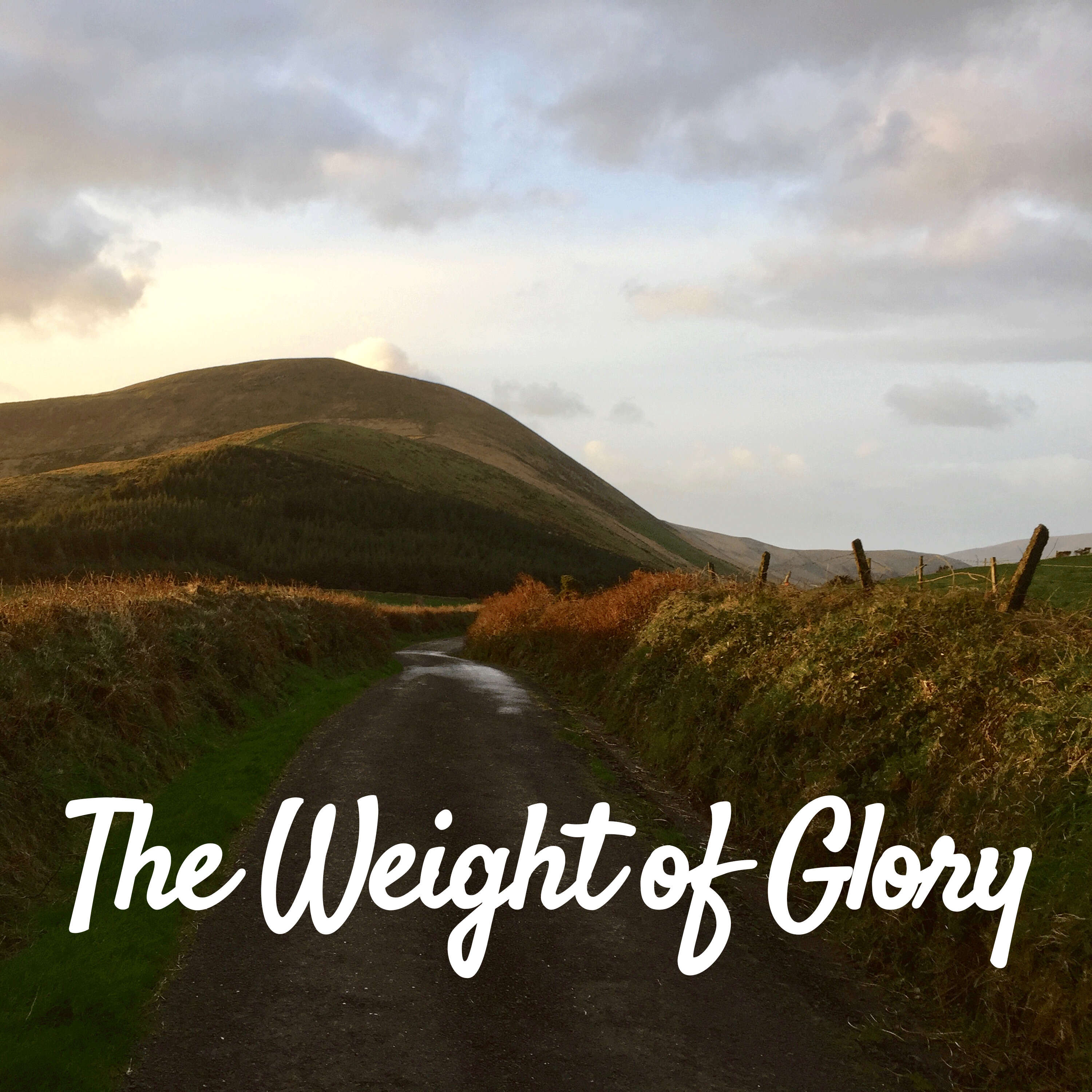 A Conversation with Kale Zelden – The Weight of Glory

Beginning on December 17th, the Church’s ancient liturgy heralds the coming of Christ by singing the O antiphons.…

Even while nights are still lengthening, joy permeates a longing infused with hope:

I’ve created a category on my blog for posts about the Eucharist. Here are a few past posts:

This week, the Congregation of the Doctrine of the Faith invited believers to come to the waters of baptism… but to reject the baptisms of WATER:

The second question is: “Must people baptised with those formulae be baptised ‘in forma absoluta’?”

The responses are: “To the first question, negative; to the second question, affirmative”.

Benedict XVI, during his recent audience with Cardinal William Joseph Levada, prefect of the Congregation for the Doctrine of the Faith, approved these responses, which were adopted at the ordinary session of the congregation, and ordered their publication. The text of the responses bears the signatures of Cardinal Levada and of Archbishop Angelo Amato S.D.B., secretary of the dicastery.

An attached note explains that the responses “concern the validity of Baptism conferred with two English-language formulae within the ambit of the Catholic Church…. Clearly, the question does not concern English but the formula itself, which could also be expressed in another language”.

“Baptism conferred in the name of the Father, the Son and the Holy Spirit”, the note continues, “obeys Jesus’ command as it appears at the end of the Gospel of St. Matthew. … The baptismal formula must be an adequate expression of Trinitarian faith, approximate formulae are unacceptable.

“Variations to the baptismal formula – using non-biblical designations of the Divine Persons – as considered in this reply, arise from so-called feminist theology”, being an attempt “to avoid using the words Father and Son which are held to be chauvinistic, substituting them with other names. Such variants, however, undermine faith in the Trinity”.

“The response of the Congregation for the Doctrine of the Faith constitutes an authentic doctrinal declaration, which has wide-ranging canonical and pastoral effects. Indeed, the reply implicitly affirms that people who have been baptised, or who will in the future be baptised, with the formulae in question have, in reality, not been baptised. Hence, they must them be treated for all canonical and pastoral purposes with the same juridical criteria as people whom the Code of Canon Law places in the general category of ‘non- baptised'”.
(source: VIS)

The beauty of this response is that it underlines the truth that persons can not be reduced to functional realities, and highlights the priority of being over doing.

For instance, the word “wife” bears a much richer, more personal meaning than “intimacy provider” or “baby maker.”

The deepest essence of personhood is to be in relation.

What will this response mean, in practical terms, for the Church? Here are a few of my predictions:

It’s interesting how the Catholic News Service missed the fact that the response was really an evaluation of certain strands of feminist theology. The CNS story simply puts it this way:

The Vatican’s statement was released “because of the abuse (by priests and Protestant ministers at baptisms) and the questions that have come from it,” said Father Weinandy.

The Vatican “wants to make sure the formula is the proper formula,” he told Catholic News Service Feb. 29.

Instances in which a baptism has been considered invalid have been “very, very, very few and far between,” he said.

Yeah, that’s interesting when the note from the Vatican Information Service had specified that the variations in formula arose from feminist theology and that the response “has wide-ranging canonical and pastoral effects.”

The Curt Jester puts it well:

he refreshes my liturgy. Even though my soul has passed through the shadow of the valley of dynamic equivalence, I fear no further dumbing down of liturgical texts, because formal equivalence is at my side, with Liturgiam Authenticam to guide me…
— psalm of a twenty-first century parishioner in the United States

By Leeds, I am referring to the diocese in England served by the Right Reverend Arthur Roche, who delivered a bold and stunning speech to the USCCB yesterday in advance of their vote on the new English translation of the Mass. It seems that his words helped the bishops to move forward with approving the new translation (albeit with 62 amendments).

Anyway, I was very impressed by what the bishop of Leeds had to say. It’s worth reading his entire address, but I think his talk could be summarized by nine statements:

Some of my favorite passages:

What a shame it would be if the most important tool we have for formation and worship was reduced to politics, as if the highest or only form of discourse we can manage in the Church (or society) is political discourse….

It was by means of Latin that the faith was preserved and transmitted in Western Europe. It needs to be remembered now that in many parts of the world it is English that will be called upon to play a similar rôle….

I often hear it said that objections to ICEL’s recent work are really objections to Liturgiam authenticam. Allow me to offer you a few thoughts on that document which is welcomed by some and rejected by others rather like the annual government budgets….

Currently we say he took the cup filled with wine, as you know, and some argue that the fruit of the vine means the same as the single word wine, and that the simpler expression should be preferred. But we hear the words the fruit of the vine on the lips of the Lord himself in all three synoptic Gospels – which I would consider as being more than enough reason to respect their form. Moreover, though the two expressions refer to the same substance, they do so in an entirely different way. The difference between the single word and the richer phrase is the difference between reading the label on the bottle and actually enjoying a glass-full of the wine itself….

Liturgiam authenticam, insisting that translators respect the forms of expression found in the Liturgy, encourages us to speak humbly and courteously to God. But forms of courtesy vary from region to region: you know, for instance, how bishops are addressed differently in different countries. Courteous requests are often made in the form of questions like would you turn on the light? which do not seem appropriate for the Liturgy, since while Hebrew prayers often ask questions of God, Latin ones do not. In consequence, deprecatory language, which is necessary for a faithful translation of the Liturgy, does not come readily to hand. Translators have found that they need to stay close to the Latin in order to remain faithful to it, and users of these texts will be learning a new language of liturgical prayerful courtesy….

I often share with my brother English and Welsh bishops an insight that I have gained through being involved with this work. It is this, and I say it with the greatest respect, but the more I go through this process the clearer it is to me that very many of us need to revisit the theological reasoning behind the various parts and components of the Mass, as well as considering the theological sources from which the texts of the Mass have been culled. In the main, these are the Sacred Scriptures and the Fathers of the Church….

scriptural catechesis is central to liturgical catechesis. It was said of St Bernard that he knew the Sacred Scriptures so well that his language was biblical – he began to, as our young people would say today, ‘speak bible.’ My point is that in using a translation that is more faithful to Sacred Scripture we are teaching ourselves and our people to speak bible! Lex orandi, lex credendi….

If the bishops of the English-speaking countries can agree on a single version of the Mass, what a sign of catholicity that will be. But more than that, it will be a guarantee of catholicity for the future, not only in our own time, and not only in our own countries. Clearly I, and all my brother bishops of ICEL, believe that you, the bishops of the United States, have a most important role of leadership to play in just that.

It is interesting to note that the bishops decided to reject the reference to dew — Therefore, make holy these gifts, we pray, by the dew of your spirit — after the bishop of Leeds spent a good 20% of his address unpacking the theological merit of maintaining the word dew through reference to the Scriptures, the Church Fathers, and its use in the Liturgy of the Hours. (Bishop Trautman had been making light of the word “dew” and others in the proposed translation when he spoke at the Religious Education Congress this spring.)

All in all, I was very impressed by Roche’s remarks, and with the outcome of the bishops’ vote. Of course, it may take up to two years before the translation of the rest of the Roman Missal is complete. But that could be a good thing. It will give bishops time to catechize themselves, and then to catechize us, so that we can understand and appreciate this new translation of the Mass.