Recently, I went to Park City, Utah, along with some co-workers. Park City is home to the Sundance Film Festival. The reason for our visit was to show some of the winning films from our Angelus Awards Student Film Festival at a seminar for Christian filmmakers called the Windrider Forum, which by design overlaps with the dates of the Sundance festival.. We videotaped interviews with students, filmmakers, and others in Park City… including Roger Ebert (who, by the way, was singing the praises of Million Dollar Baby… more on that movie later).

I had a chance to see three films at Sundance:
The Squid and the Whale – story of the fallout of divorce on the two sons of some writers in 1980’s Manhattan. At the screening I attended, the audience loved this pic (although maybe it’s simply because Sundance audiences appreciate how difficult it is to assemble a film), and enjoyed the Q&A with the director, who admitted it was based on his own experiences growing up. I’m not certain what the appeal was; there were some really disturbing sequences documenting the psycho-sexual problems of the 12-year-old son… and the failings of both parents made the movie quite bleak. The primary insight seemed to be, “life is harsh, people are selfish and weak, and the best you can do is face that fact squarely.” But maybe, for the audience, it was cathartic, as the director admitted it was for him. Somehow I’m not sold on the idea that it’s enough for art to be therapeutic, like a personal journal for public consumption.

The Puffy Chair – story of a twenty-something guy who purchases a recliner for his dad on eBay, and then crosses the Eastern US to pick it up, accompanied by his girlfriend and his younger brother. While the cinematography wasn’t great, there was some strong writing behind the film, and it took an honest, and often humorous, look at the challenges this generation faces in making a commitment.

Stranger – an odd film, with very European sensibilities, but a lot of potential. The story follows a single young woman who decides to carry her child to term… and the joys/difficulties she encounters along the way. There was some incredible imagery, and several strong pro-life moments (such as the scenes where she is speaking to her unborn baby, because she knows it can hear her)… However, the pro-life theme was undercut by an ambiguous ending, an insinuation that her mother euthanized her father (who suffered from dementia) and some other rather cryptic moments.

The best part of the week was the natural beauty of Park City; the clean air, the quiet and the snow-capped mountains were a welcome respite from the wilderness of Los Angeles… 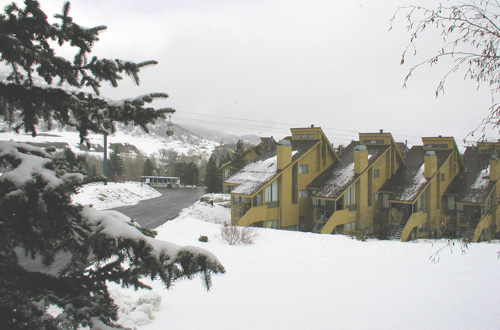 One thought on “Sundance”